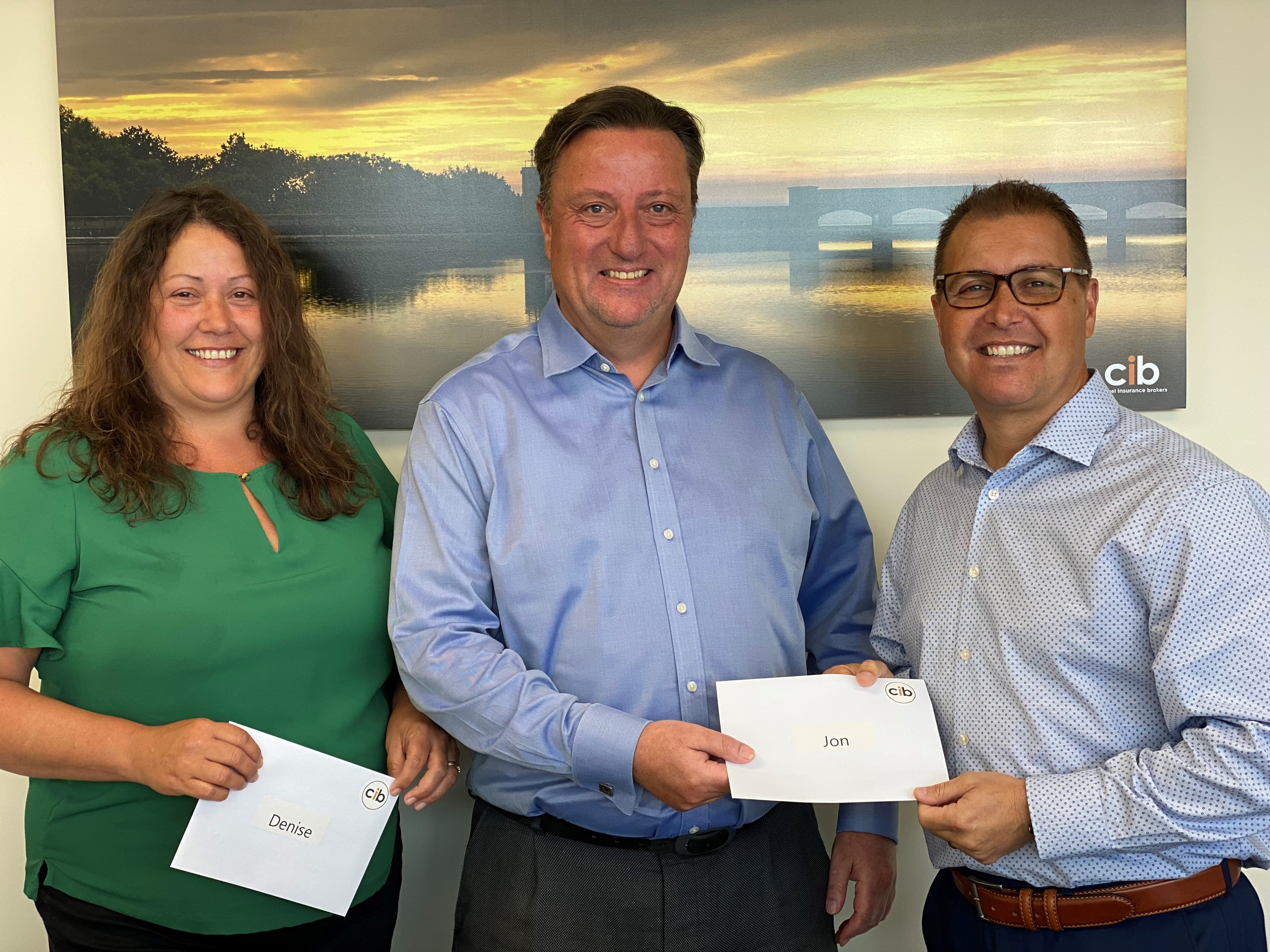 We’re a tight-knit group at CIB and have some very longstanding team members who we’re proud to have kept with us, some for several decades!
Two of our team, Jon Barrett and Denise Prosser, have been celebrating their 50th birthdays and we spoke to both of them briefly to learn more about their careers as insurance professionals…

I started my Insurance Career in 1992, as a marine underwriter, after a year or so I moved across to Household and Motor and then on to Commercial. In 1998 an opportunity came up at CIB, a company that I had worked closely with since I started in the industry, I jumped at the chance to further my career as a broker, 23 years later I am still here. Many colleagues have come and gone, some moving on to new pastures in different industries, many retiring and others sadly passing. I have often wondered over the years if a change of direction might be on the cards, but I honestly can’t see myself anywhere else, I consider everyone here at CIB a friend; they are a hardworking, diverse bunch.

There have been many changes in my years not only to the company but also in the industry and the way we work. Back in 1998 computers were a rarity (or they certainly were here), back-office systems were very basic with black and green screens, a mouse was vermin, and quotation systems were around, but paper was still very prevalent – how things have changed!

Among the many varied characters I have met along the way, I have known, worked with and socialised with Denise on many an occasion, and have always held her in high regard as a conscientious professional. I was very pleased when after taking time off to raise her family she decided to choose CIB to continue her career.

Not only have we all turned 50, but we also have over 50 years experience between us. Jon and I started in the insurance industry within a few years of each other; I joined the Flint & Co (Heath Lambert Group) in 1989 with Alex Lindsay (who is also still here at CIB) and although I knew Jon socially, we also had a great working relationship whilst he was at Insurance Corporation and now as colleagues at CIB since 2015.

“It’s fantastic to have such a wealth of experience and knowledge in the CIB office. Jon and Den are real assets to our team, we’re delighted to have them with us and to celebrate this landmark occasion. The whole team wish each of them a very happy 50th birthday”